How do I Integrate an RF System using 8VSB?

Over-the-air TV channels are broadcast using 8VSB modulation, while cable channels use QAM to carry the video. QAM works well for cable, as the channels travel through nice, clean shielded coax cable or fiber, while 8VSB is designed to deal with all the interference, reflected signals, and other anomalies as the signal passes through the air.

Why Use 8VSB in an In-House RF System?

Most sites with in-house digital coax networks will use QAM-format channels. Designed for coax distribution, QAM can carry twice the payload of 8VSB, able to carry two HD programs in the same channel. QAM is the defacto standard for in-house and cable digital RF applications.

However, there are cases where 8VSB is a great solution. Broadcast stations often monitor their and other local stations and don't see the need to pay the cable companies for programming they can get for free with an antenna. They also know that the cable company compresses the heck out of the original video, so with 8VSB, they see the original quality. And the emphasis on this application, as for cable cutters, is that the programming is free.

How Do I Create an In-House 8VSB System?

This is not a unique solution - way back in the day this was called an MATV (Master Antenna) TV system. It's built with RG6 coax, amps and splitters just like a cable system. However it starts with an antenna, not a cable company.

The first step is to go to antennaweb.org and enter the ZIP code of the site. This will show you all the local channels, their actual channel frequencies, and what the channel lineup will be after the channel repack (stations will be shifting to operate between channels 2-36 over the next 2 years or so). The site will also provide information on the best antenna to use and where to aim it. An 2 to 8-bay bowtie antenna works well when the stations are within a 180 degree radius.

Once the antenna feed is worked out, use a low-pass LTE Filter before combining the channels with the in-house QMOD feed. The filter passes through all channels from 2-50, but blocks out everything else above that. This gets rid of any stray noise above channel 50, as well as cell phone LTE traffic. This also gives you a clear space for the in-house channels, which would start at channel 56 and above. Channel Master Amplify series amplifiers are designed for antenna applications and the LTE filter is built in.

Build the QMOD headend as normal for cable QAM operation. Starting with firmware version 2.6.4, you access the Common/Modulator menu and select 8VSB. After a minute or so, the encoder will now process the channel in 8VSB format and use off-air channel frequencies. That's it. 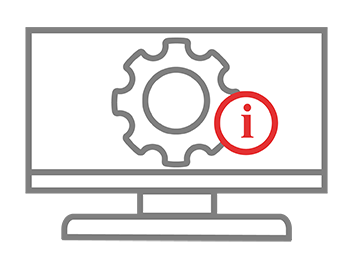 The dual-channel QMOD-HDMI RGB, with one HDMI and one RGBHV/Component input, sets a new standard for sports, motion and digital signage encoding.

The QMOD-SDI HDMI is a professional dual-channel frequency-agile RF Modulator/Encoder ideal for distributing live video from SDI and HDMI sources as well as digital signage content from media players or PCs.

The QMOD-YPB 2 is a professional dual-channel frequency-agile RF Modulator / Encoder for distributing HD video content over CATV systems to an unlimited number of televisions or standalone HDTV Tuners.