What's the difference between QAM and ATSC?

The terms ATSC and QAM define how digital channels are broadcast. ATSC stands for Advanced Television Standards Committee and QAM is an acronym for Quadrature Amplitude Modulation. There is also QPSK, which is a format used for satellite broadcasting - but since those are received by proprietary satellite TV boxes, not HDTV tuners and TVs, it's not important for this discussion. 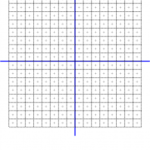 QAM channels are designed to travel over wires, capable of supporting 38.4 Mpbs (megabits per second) of data, about 2 full HD programs or 7-12 SD programs. On a scope, it's a very stable constellation of 64 or 256 points of data. By the way, the term is pronounced QAHM as in bomb, not QAAAM as in clam. 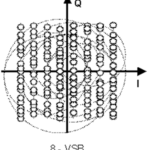 This type of channel, also known as 8-VSB, is broadcast over the air, received from an antenna to your TV or HDTV tuner. Looking at a the signal on a scope, the data points the carry the information appear a bit scattered compared to QAM, and it carries half the data, 19.2 Mbps. However, the standard works better than QAM in the air, where it has to bounce around obstacles and deal other types of interference.

In most cable systems, channels 2-13 are the same as off-air, then the rest of the channels are different. For some unknown reason, there are three types of channel spacing. Most use standard cable spacing, while IRC is the same except for channels 5 and 6, and HRC, where all the channel frequencies are different.

Many low-cost TV tuners, such as the ones that convert HDTV to composite video, can only tune in ATSC. You need to check the specs to see if the tuner can handle QAM as well. Almost no low-cost tuners can receive analog channels.

For most RF systems, you can't mix ATSC and QAM channels over the same RF cable. The first reason is that, after channel 13, the frequencies are different. The second is that most TVs will skip any ATSC channels when scanning for cable, and skip QAM channels when scanning for off-air. Third, there are no commercial, affordable modulators that can broadcast ATSC channels over cable - the assumption is that all cable channels will be QAM. Newer LG TVs are the exception - they can scan for both ATSC off-air and QAM cable channels, as well as any analog TV channels.

The best way to mix in HD off-air programs with a cable system are to use special interfaces that can tune into an ATSC channel, then converts the program to a QAM channel for distribution.

What ATSC and QAM have in common is that they both carry MPEG IPTV streams, just like Ethernet. When you watch digital RF channels from our QMOD modulators, digital off-air and cable programs, and DirecTV and Dish satellite receivers - you are watching IP streams. That's why traditional cable and satellite programming can easily make the transition to IP ROKU and iPad apps like Comcast TV Go, DirecTV Now, HBO Now and others - streams over IP and RF are closely related. Interested in learning which modulator is right for your AV integration?

Click here to learn about our QMOD RF Modulators-IPTV Encoders that can distribute the digital channels over RF or IP.

The dual-channel QMOD-HDMI RGB, with one HDMI and one RGBHV/Component input, sets a new standard for sports, motion and digital signage encoding.

The QMOD-SDI HDMI is a professional dual-channel frequency-agile RF Modulator/Encoder ideal for distributing live video from SDI and HDMI sources as well as digital signage content from media players or PCs.

The QMOD-YPB 2 is a professional dual-channel frequency-agile RF Modulator / Encoder for distributing HD video content over CATV systems to an unlimited number of televisions or standalone HDTV Tuners.